Act 23:10 And when there arose a great dissension, the chief captain, fearing lest Paul should have been pulled in pieces of them, commanded the soldiers to go down, and to take him by force from among them, and to bring him into the castle

Notice here the ministry of the apostle Paul! Seems that everywhere he went, there was either revival or riot, and he obviously preached with fire, fervency, and passion!

Notice in this account (read Acts 23) the actions and reactions of the apostle: He begins to speak gently, and gets punched in the mouth for it.

He rebukes the high priest according to the Word of God, but I have learned, that religious people generally don’t want truth, as much as they want power and control: when we confront their little empire, they attack. 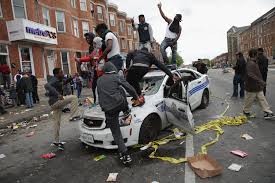 Paul does not back down here, but instead of looking for a soft answer to turn away wrath, he stirs up the crowd: v 6 ¶ But when Paul perceived that the one part were Sadducees, and the other Pharisees, he cried out in the council, Men and brethren, I am a Pharisee, the son of a Pharisee: of the hope and resurrection of the dead I am called in question.

Sure looks like he stirred the crowd up on purpose, with passion, to the point where it looks like the people are going to literally tear him into pieces. God had to send soldiers, to prevent him from being killed.

Now, surely, with all this controversy among men, Jesus must have rebuked Paul, right?

v11 And the night following the Lord stood by him, and said, Be of good cheer, Paul: for as thou hast testified of me in Jerusalem, so must thou bear witness also at Rome. 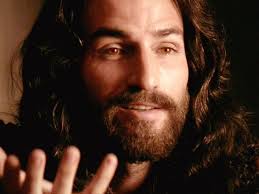 My version of Jesus conversation with Paul is this: “OK Paul, I sent you here, and you have obeyed me fully, and borne witness of me and my name, your testimony establishing eternal record of me in this generation. Cheer up! If you think that was a wild ride, now I am sending you to Rome!”

Now I have never been shipwrecked, beaten, sent to prison, nor attempted to be torn asunder by the crowd, for preaching the gospel, but my boldness has indeed stirred up great controversy in many places in the earth, and will do so again, in many more places in the earth, as I hear the voice of Jesus, and obey: boldly, preaching His Word, with signs following.

We walk in love, but we preach the truth, no compromise, honestly not trying to offend anyone, but not ashamed of the gospel when we do.

Question: What happened to you when you stood up for Jesus?

Let’s pray:
‘Father, grant me boldness to speak your Word, with signs, wonders and miracles following. Uncompromising truth, bathed in the tears of compassion, passion, and zeal for you and your kingdom, in your name I pray Lord Jesus, Amen’