Running Before the Gale 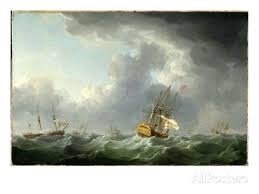 The Storm at Sea

Acts 27:13 When a light wind began blowing from the south, the sailors thought they could make it. So they pulled up anchor and sailed close to the shore of Crete. 14 But the weather changed abruptly, and a wind of typhoon strength (called a “northeaster”) burst across the island and blew us out to sea. 15 The sailors couldn’t turn the ship into the wind, so they gave up and let it run before the gale.

Running before the gale!

When I was young, full of fire and adventure, I spent nine months becoming trained as an underwater welder, and I decided to join a company out of Key West named Treasure Salvors, headed up by a flamboyant man named Mel Fisher. Hunting Spanish treasure ships off the Florida Keys, it was a great adventure. 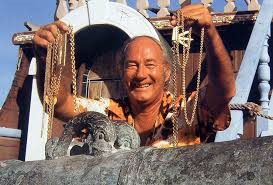 Then, as God would have it, I had the opportunity to jump ship and join ‘The Illusion’ expedition, headed up by a man from Brazil. Tony had worked in the oil fields as a diver, and had built a 65 schooner, fully equipped as a dive vessal. He had been searching archives for many years, to unearth the plight of the many treasure ships that had sunk crossing the Atlantic. He had his eyes on a Dutch Schooner said to be sunk in the Madiera Island group off Portugal, and several other wrecks along the journey. So, not yet 21, I hired aboard this wild expedition, with two Swiss, a German, a French man from Gabon, Africa, a captain from Brazil, with his wife and two year old daughter, and two Doberman pinchers!

We had many adventures, and some once in a lifetime experiences finding wrecks, spearfishing, and crossing the Atlantic under sail.

We got caught in a force 10 storm, with 50-70mph winds. All we could see is blowing foam, and seas mounted to 40-50’ waves, with the tops being torn off of them by the high winds. We had to keep the boat running before the wind, carefully slicing the waves, or we would breach, overturn, and I might not be writing this story.

For three days and nights, we could do nothing but hang-on!

No food, no sleep as the waves were too violent, and would throw you out of your bunk. Dark, starless night, blowing rain, foam, mist, with one thought on all of our minds, survive.

On the third day, the winds let up, and I ate a dry cracker, crawled into my bunk, and slept for a couple of hours. I was awakened to the sound of the baby laughing, with sun streaming through my porthole!

I stumbled out of my bunk, being flung side to side, the entire boat creaking and groaning, crashing through the waves.

I came above decks to behold a sight!

The wind had stopped in the night, but because it was no longer tearing the tops off of the waves, seas were now 65-80’ tall! Our little schooner would surf up one side of a mountain of water, and launch into the air, to come crashing down the other side of these monstrous waves. We would hit the bottom of the trough, and the bow would turn submarine, plunging the front third of the ship underwater, with hatches groaning, like a cork we would bob up again, and head for the sky again.

The baby was in her safety strap hugging one of the dogs, laughing hysterically!

One of the Swiss had a camcorder, and he filmed that day: how I wish I had a copy of that video!

We all began to laugh! A celebration of life! We were alive to face another day, the sun was shining, and it was going to be alright!

Now, back to the Word of God:

You know the story, Paul the mighty apostle with a burning zeal and a passionate fire to see his people saved, and right with God. He has met Jesus, and he is going to Jerusalem, capital of the world, to tell them the good news of who Yeshua really is!

FAITH is Fantastic Adventures In Trusting Him. 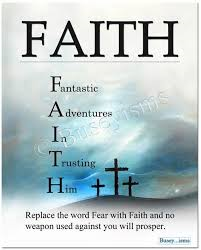 And now, behold, I go bound in the spirit unto Jerusalem, not knowing the things that shall befall me there:

Bound in the spirit,

Some question whether Paul heard the voice of God to make this particular trip to Jerusalem.

Surely Paul is a son of God, and He heard God to go to Jerusalem.

And when he was come unto us, he took Paul’s girdle, and bound his own hands and feet, and said, Thus saith the Holy Ghost, So shall the Jews at Jerusalem bind the man that owneth this girdle, and shall deliver him into the hands of the Gentiles.

And when we heard these things, both we, and they of that place, besought him not to go up to Jerusalem.

Then Paul answered, What mean ye to weep and to break mine heart? for I am ready not to be bound only, but also to die at Jerusalem for the name of the Lord Jesus.

The prophetic word delivered to Paul was accurate, and for those around him that loved him, was interpreted that Paul should refrain from going up to Jerusalem. Yet, to Paul the apostle, ready to endure any hardship for the sake of the gospel, he was strengthened by the word!

He hardened himself, recognizing imprisonment and a beating were in his future, but he did not flinch in the face of danger. Perhaps he read:

For the Lord God will help me; therefore shall I not be confounded: therefore have I set my face like a flint, and I know that I shall not be ashamed.

So, as Paul Harvey would say, ‘and now for the rest of the story’.

He made it to Jerusalem, underwent imprisonment, and the foretold beating. Yet, though his path was hard, their was an audience of One that he sought to obey and please.

In His prison cell, that One, King Jesus showed up to personally comfort His servant:

And the night following the Lord stood by him, and said, Be of good cheer, Paul: for as thou hast testified of me in Jerusalem, so must thou bear witness also at Rome

How is that for an encouraging word.

You obeyed me, now I am sending you to Rome – (in the belly of a slave ship) – running before the gale! 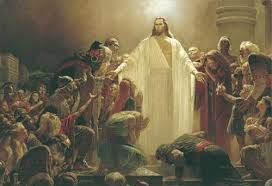 So leader, the storms of life will come. You are either in one, finishing one, or headed into another one. It is the cost of the call, the price tag of leadership, the race run, before our audience of One.

The lonely times leave a mark upon your soul. Perhaps it was this time in Jerusalem that caused Paul to pen these words:

At my first answer no man stood with me, but all men forsook me: I pray God that it may not be laid to their charge.

When we enter into the perfect, sovereign assignment of heaven for our lives, all hell may well break loose to prevent us getting to our goal. 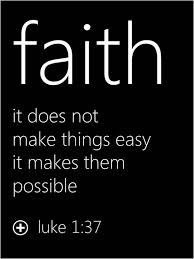 Jesus faced the storm on the sea of Galilee, Paul, Joseph in the pit, Moses in the desert…

Jesus suffered alone upon the cross…We who represent Him, will find ourselves alone with

While no earthly help may seem to appear, there is a friend that sticks closer than a brother. One who knows, who cares, and who will never leave nor forsake you.

We did make it to Portugal, and discover the 1611 Dutch trader with 54 silver bars on its manifest. Another story, for another day…

You will make it too, if you are willing to abandon all for the sake of the call.

Like Mary told her servants so many years ago, at the wedding feast:

5 His mother saith unto the servants, Whatsoever he saith unto you, do it.

In your hour of trial, HE WILL APPEAR, AND HE WILL SPEAK!

Do not settle for the mere words of men, obey Him, and walk upon the water of His Word.

Make headlines in heaven so that this question in the heart of Jesus be answered:

Nevertheless when the Son of man cometh, shall he find faith on the earth?

Let your answer to this question be a resounding YES! You won’t have to look any further Lord Jesus, for I believe! 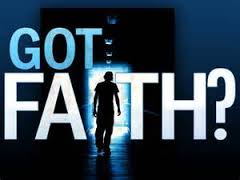 ‘Father, let me not shrink back for Your clear mandate for me. While the storms may rage, may I navigate them and run before the wind of Your Holy Spirit, running before the gale. In Your name and for Your glory I pray Lord Jesus, Amen’

PS: If you would like to read another adventure story type devotion from my treasure hunting days: https://chrisaomministries.wordpress.com/2014/11/19/a-shark-story/

Just in case you think this kind of stuff only happens historically, here’s one from this week when our jeep was stolen: http://www.fox23.com/videos/news/video-teens-commit-tulsa-crime-spree/vDW5k2/

If you would like to help us in our missionary adventures, please make a donation on Paypal: http://chrisaomministries.com/2016/02/27/newsletter-aomministries-feb-march/

One thought on “Running Before the Gale”