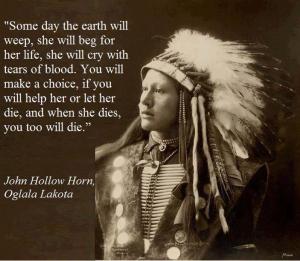 As I have spent a recent time over in the Holy Spirit, praying in other tongues, it has come to my attention that I need to go to Mobile, Alabama, and pray over the land, to cleanse it from the defilements resulting in the innocent bloodshed of the Choctaws at the hands of the Spanish conquistador De Soto.

For those of you unfamiliar with why I do this, know that I am committed to a move of the Holy Spirit in the United States of America, and if you have been to many prayer meetings, you have heard quoted:

14 if my people, who are called by my name, will humble themselves and pray and seek my face and turn from their wicked ways, then I will hear from heaven, and I will forgive their sin and will heal their land.

Ever thought about the land itself needing healing?

It can be defiled by innocent bloodshed:

They shed innocent blood, the blood of their sons and daughters, whom they sacrificed to the idols of Canaan, and the land was desecrated by their blood.

Only the blood of Jesus, applied by faith can do this…

For more thoughts on this, read my article: https://chrisaomministries.wordpress.com/2014/09/17/redeeming-the-land-2/

It is my intention to travel to Mobile, Alabama to the site of the Choctaw massacre of 1540 where an estimated 11,000 Choctaw were killed in battle defending their home. No date for this trip is yet set. If you would like to join me, please either call or text me at 918 851 4070, or email: chris.aomministries@gmail.com. 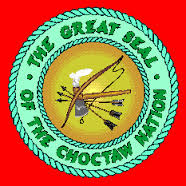 This article speaks a clear confirmation to me, some of things that have been clearly spoken to me directly from Holy Spirit….

Prayer Warriors!
Matthew 9:37 Then He said to His disciples, “The harvest truly is plentiful, but the laborers are few.
38 Therefore pray the Lord of the harvest to send out laborers into His harvest.”

Colossians 4:12
Epaphras, who is one of you, a bondservant of Christ, greets you, always laboring fervently for you in prayers, that you may stand perfect and complete in all the will of God.

Transformational Prayer –Prayer that will bring the glory of God into an entire city or region, and bring about permanent change is characterized by the following five keys.
From the book, Informed Intercession, p 56 by George Otis Jr
Keys from Case Studies,
1. Persevering Leadership (Neh 6:1-16)
2. Fervent, United Prayer (Jonah 3:5-10)
3. Social Reconciliation (Matt 5:23,24,18:15-20)
4. Public Power Encounters (Acts 9:32-35)
5. Diagnostic Research/spiritual mapping (Josh 18:8-10)
For those of you who have seen the ‘Transformations’ videos, the companion book is also helpful, for those of us committed to prayer for our region, expecting God to do something wonderful.
During this season of my life, I have a word from the Lord that our church, is going to quickly grow to 40,000 members. In order for this to happen, I see clearly that I need to change, as to many of us leaders, as God develops a wineskin capable of holding the growth.
I find myself reading much history of the region, seeking Holy Spirit for keys that will produce spiritual roots of the area, that can be nailed through spiritual mapping in prayer, that the defilements upon the land that have come from innocent bloodshed, broken covenants, immorality, racism may be forgiven, cleansed, repented of, that the land might be cleansed, that the Holy Spirit might freely move upon the hearts of this people…
Let’s Pray:
‘Father, raise up informed intercessors, equipped with knowledge, understanding, and revelation to break curses, defilements, and demonic assignments off of our regions, that You might be free to move amongst us, in power, blessing, restoration, joy, peace, and the prosperity Your presence always brings, in Your name I pray Lord Jesus’