Skip to content
Matthew 5:18
For verily I say unto you, Till heaven and earth pass, one jot or one tittle shall in no wise pass from the law, till all be fulfilled.

I snapped a picture of the hand-out sheet given us in seminary, by Dr. Brad Young. Incredible insight in it, as you look at the Hebrew language of the text.

I have not yet had his Hebrew class yet, and do not speak Hebrew, but I have no reason to doubt his presentation of this passage.

Under the law, Torah reads:

17 He shall not multiply wives for himself, [a]or else his heart will turn away; nor shall he greatly increase silver and gold for himself.

18 “Now it shall come about when he sits on the throne of his kingdom, he shall write for himself a copy of this law on a scroll [b]in the presence of the Levitical priests.

In Hebrew (Stepping into the unknown here)

He showed us on the whiteboard, the Hebrew, and explained how by removing the yod, the verse took on a completely different meaning, that instead of expressly forbidding the king from multiplying horses and wives to himself, Solomon apparently said it was okay for him to have horses and wives multiplied to himself.

This sin brought destruction to Israel, hence the impassioned cry of prayer from this account of a Hebrew scholar, sage, and clearly one concerned with God’s truth and holiness.

Matthew 5:18
For verily I say unto you, Till heaven and earth pass, one jot or one tittle shall in no wise pass from the law, till all be fulfilled.

The law is holy.

While the letter of the law kills, the spirit of the law is love, truth, and holiness – the hunger of every human heart.

His account of the man of God crying out to God on behalf of Israel, and reminds me of the article I wrote for the leadership breakfast some time ago, specifically the thought that perhaps a Jewish leader, seeing the church being birthed in power, could have cried out in a similar way, on behalf of God’s holiness: https://chrisaomministries.com/2017/02/05/when-god-does-business/

In any case, on this blog, we all seek Jesus, and He is Jewish, and He is truth. He fulfilled the law, so that we can be forgiven, adopted, and can actually pursue a life of love and true holiness, not merely the letter of the law, but as the law is written upon our hearts, changing our very thoughts and motives.

I am so grateful for what I am learning….

‘Father, may I become holy. Not merely position-ally, but practically as you renew my mind, and challenge my thoughts and intents of heart, that I might, by Your grace, change, and become more like Jesus. That I might continue in Your Word, and know truth, that that truth I know, would make me free. I ask, knowing I am heard, for I ask in Your name Lord Jesus.Amen’

Israel, the Apple of God’s eye!

Some of us seem to forget that Jesus is Jewish, the Messiah first to the Jew, and Israel is His homeland that He shall never forget, nor ever stop loving.

Rom 11:15 For if the casting away of them be the reconciling of the world, what shall the receiving of them be, but life from the dead?

This is the promise that Christians and Jews alike, long to be fulfilled. God has a covenant with Israel that He is going to keep, and fulfill.

They are waiting for their Messiah to be revealed, whereas we, as Christians have been grafted into the covenant, to join those who have received Jesus, as the ‘Israel of God’.

Galatians 6:16
And as many as walk according to this rule, peace be on them, and mercy, and upon the Israel of God.

To the Jew, receiving Yeshua, does not deny Judaism, rather completes it, making them not less Jewish, rather, ‘a completed Jew’, for the promises and covenants are ‘first to the Jew, then to the Gentile’.

Ephesians 2:15
having abolished in his flesh the enmity, even the law of commandments contained in ordinances; for to make in himself of twain one new man, so making peace;

To the gentile, or the rest of the world, we are grafted in, with the same covenant rights as the Jew, not as a replacement, but as a complement to the family of God, beggar’s who have been brought to the table, not as slaves, but adopted as sons and daughters.

Jesus, Yeshua, is Jewish, so any Christian, who truly knows Him, will love Israel, and long for Jerusalem, God’s city, the capital of the earth. 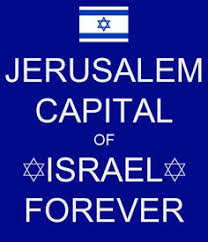 Yet, to Jew and Gentile alike, there is no other way to heaven, He is the way, the truth and the life, and the only mediator between God and man.

Acts 4:12
Neither is there salvation in any other: for there is none other name under heaven given among men, whereby we must be saved.

Romans 11:15  For if the casting away of them be the reconciling of the world, what shall
the receiving of them be, but life from the dead?

So, we love Israel, and the Jewish people, though many of them do not understand, nor accept us, we will love and support them, praying that their eyes be opened to Yeshua, the King of the Universe, Messiah.

Let’s pray:
‘Father, I pray for the peace of Jerusalem, and your blessing and protection upon Israel. For every Jew on the face of the planet, that has not yet received Yeshua, as their Messiah yet, I pray. For every misguided, anti-Semitic Christian I also pray, you open their eyes, to the truth of your love for Israel, and Jerusalem, your city, the city of the great king. In your name I pray Lord Jesus, Amen”

In today’s Bible reading we read:
Esther 4: Then Esther sent this reply to Mordecai: 16 “Go, gather together all the Jews who are in Susa, and fast for me. Do not eat or drink for three days, night or day. I and my attendants will fast as you do. When this is done, I will go to the king, even though it is against the law. And if I perish, I perish.”

Rev 12: 10 Then I heard a loud voice in heaven say:
“Now have come the salvation and the power
and the kingdom of our God,
and the authority of his Messiah.
For the accuser of our brothers and sisters,
who accuses them before our God day and night,
has been hurled down.
11 They triumphed over him
by the blood of the Lamb
and by the word of their testimony;
they did not love their lives so much
as to shrink from death.

Ever been so caught up in the ‘grip of God’, sensing that your life is destined to affect to outcome and deliverance of nations, that you make what appear to be do or die, life or death decisions, recognizing that desperate times, require desperate actions. This is where I live…abandoned to Him, NO COMPROMISE!

Let’s Pray:
‘Father, strip from me, my deception, complacency, my accepance of the status quo, and whatever it takes, grant to me, a total consecration to Your perfect will and destiny for my life. Use me, as a history maker, nation shaker, as I deliver Your people and do whatever it takes, to bring heaven into the earth, that we might LIVE and not die, in Your name I pray Lord Jesus!”

Why Jerusalem? Why Israel?

This is the last days. This is a prophetic word, given by God to the prophet Micah, for these times.

We are the nations, and we are to go, to the mountain of the Lord, to the house of the God of Jacob, to the city of the great King, Jerusalem, capital of the whole earth, city of our God.

Our Christian conviction is that Christ is also the messiah of Israel. Certainly it is in the hands of God how and when the unification of Jews and Christians into the people of God will take place.
Pope Benedict XVI

The Word of the Lord shall be decreed from Jerusalem, and we will walk in His paths, Jesus the way and the waymaker, and Holy Spirit will teach, instruct, guide, and write the law of God on the fleshly tables of our hearts.

God has given eternal covenant to the Jewish people. Jesus, Yeshua, Son of God, is divine in that God, Creator of the Universe has given all people, all nations, the privilege of knowing Him.

Do you have it in your heart to return to Israel?

Let’s pray:
‘Father, next year in Jerusalem! Jesus, make a way for me, my family, my church to celebrate You in praise, adoration, and thanksgiving, in the land you call home. Amen!’