Incense as a prayer….

One day in our yearly Bible reading, as I began to meditate upon my journey this year, as I have been studying diligently, the plight of the North American Indian tribes. I am convinced that this is the number one agenda upon the heart of Father God, our Creator, that will unlock the move of the Holy Spirit we all seek, in this land we call the United States of America.

Psalm 141
King James Version (KJV)
141 Lord, I cry unto thee: make haste unto me; give ear unto my voice, when I cry unto thee.
2 Let my prayer be set forth before thee as incense; and the lifting up of my hands as the evening sacrifice.

I am called to somehow bring the love of Jesus, and the truth of God’s covenant to these precious people, after the traditional church, has radically failed, in many cases to do so.
The general history of Christian missions to the Indian tribes, is, at best horrendous, although I am sure that there have been myriads of good hearted Christians (like the Christian missionaries that walked the ‘trail of tears’ with the Cherokee and Choctaw), who honestly did not have the understanding we now have of the Word of God, and a better perspective, of the visitations of the Creator, the Great Spirit, who we call the Holy Spirit, among the Indian tribes, over the centuries.

It has been said of a true missionary, that their true job, is not to go make disciples of their version or interpretation of how they believe that people should serve God, rather, to go, and learn the language, customs, traditions, and culture of the people they are sent to, “TO DISCOVER THE WAYS THAT GOD HAS ALREADY VISITED THAT PEOPLE!’

Notice I have deliberately capitalized this thought, for the Scripture states that:

1 Peter 4:17
For the time is come that judgment must begin at the house of God: and if it first begin at us, what shall the end be of them that obey not the gospel of God?

Where the church has failed the indigenous peoples of North America, there has been judgment, and lost blessing, I am convinced, upon this nation.

Now, is the time to make wrongs right, and together with the red man, heal the land.

This is the amazing truth of American history: Not that the US has always done right, but in this land of the free and the brave, where we fight for freedom, liberty, and justice for all, that where America has done wrong, historically, they have always endeavoured to make wrongs, right. We have seen this in the cival war, to end slavery, and later under the leadership of Martin Luther King Jr in the cival rights movement, that where injustice or institutionalized evil is in place, there have always been champions of justice, to bring course correction to America, to keep her from the shipwrecks of God’s judgement.

The three battlegrounds to be championed in this generation are, in order of importance: The plight of the US Indian, Racisim again, and the elimination of abortion. May God raise up voices and champions of truth in each of these battlegrounds!

As a spiritual leader, with anointing and power with God (yet no earthly title or recognition as of yet), I actually believe that God has been visiting the Indian tribes, long before the white man came to this land.

“Crazy Horse’s vision foretold the darkness that descended on his people. He saw the coming of automobiles and airplanes and the tragic world wars of the modern era. He saw his people gradually awakening after the last war and beginning to dance again under the Sacred Tree. Then amazingly he saw that dancing along with his people were representatives of all races who had become brothers. Thus he foresaw that the world would be made whole again, not just by his own nation but by all peoples working together.” – Bette Stockbauer
http://bci.org/prophecy-fulfilled/ancient.htm

The Teton Sioux Chief Crazy Horse had a final vision in which “He saw his people being driven into spiritual darkness and poverty while the white people prospered in a material way all around them. But even in the darkest times, he saw that the eyes of a few of his people kept the light of dawn and the wisdom of the earth, which they passed on to some of their grandchildren. He saw the coming of automobiles and airplanes, and twice he saw the great darkness and heard the screams and explosions when millions of people died in two great world wars.

“But he saw, after the second great war passed, a time come when his people began to awaken, not all at once, but a few here and there, and then more and more, and he saw that they were dancing in a beautiful light of the Spirit World under the Sacred Tree even while still on Earth. Then he was amazed to see that dancing under the tree were representatives of all races who had become brothers, and he realized that the world would be made new again and in peace and harmony not just by his people, but by members of all races of mankind.” – Vinson Brown, Voices of Earth and Sky; 1974, Harrisburg, PA
http://www.rexresearch.com/usa/usaproph.htm#us10

Crazy Horse had a vision he shared with sitting bull during a pipe ceremony just days before he was murdered. He said, “Upon suffering beyond suffering, the red nation shall rise again and it shall be a blessing for the sick world. A world filed with broken promises, selfishness and separations. A world longing for light again. I see a time of seven generations, when all the colors of mankind will gather under the sacred tree of life and the whole earth will become one circle again. In that day, those among the Lakota who will carry knowledge and understanding of unity among all living things, and the young white ones will come, to those of my people to ask for wisdom. I salute the light within their eyes where the whole universe dwells, for when you are at the center within you and I am at the at place within me, we are as one.” – Crazy Horse from James Medicine Tree

https://chrisaomministries.wordpress.com/2014/02/06/and-the-young-white-ones-will-come/
This prophecy, uttered by chief Crazy Horse, in the presence of chief Sitting Bull (to my knowledge, the last free Indian chiefs), is widely accepted as being from God, by many, many Indian tribes and elders.
I too, believe it to be true.
It is now the time of the seventh generation, and I see myself as one of ‘the young white ones, with the light within their eyes where the whole universe dwells,’. That light in me, is Jesus, Christ in me, the hope of my glory!

Today, as I think of the Indian tradition called ‘smudging’, where cedar, or sage, tobacco, or sweet grass is burned as incense, or an offering to our Creator, I see a great similarity, between First Nations worship, and the worship prescribed by God to the Hebrews, in the temple, before the ark.

Malachi 1:11
For from the rising of the sun even unto the going down of the same my name shall be great among the Gentiles; and in every place incense shall be offered unto my name, and a pure offering: for my name shall be great among the heathen, saith the Lord of hosts.
Luke 1:9
According to the custom of the priest’s office, his lot was to burn incense when he went into the temple of the Lord.
Luke 1:10
And the whole multitude of the people were praying without at the time of incense.
Luke 1:11
And there appeared unto him an angel of the Lord standing on the right side of the altar of incense.

Here we see prayer in heaven being received by our Creator, offered before Him by angels, with incense!

Revelation 8:3
And another angel came and stood at the altar, having a golden censer; and there was given unto him much incense, that he should offer it with the prayers of all saints upon the golden altar which was before the throne.
Revelation 8:4
And the smoke of the incense, which came with the prayers of the saints, ascended up before God out of the angel’s hand.,

These verses speak of incense, being offered with prayer, as a sweet aroma before the throne of God.

Yet, traditional white missionaries, in many cases, at best, misinterpreted this traditional tribal

practice, seeing it as pagan, demonic, or at best merely traditional. Read this article from a Catholic brother, that I agree with: http://www.peace.mb.ca/00.Native/nlrnz06-sweetgrass.php
I quote:
“Holy Smoke –
Fragrant smoke is one of these sacramentals. It has been used by peoples all over the world for thousands of years. Sweet grass, sage, cedar, etc. are forms of incense found in many First Nations cultures. It is used as a way of honouring the Creator, as a sign of prayer rising to God, and of the sweetness of prayer. It is a sign of humility (the humbleness of plants) and purity (the purifying effect of fire). Also for Christians, smoke is a reminder of the shining cloud that veils the glory of God.” 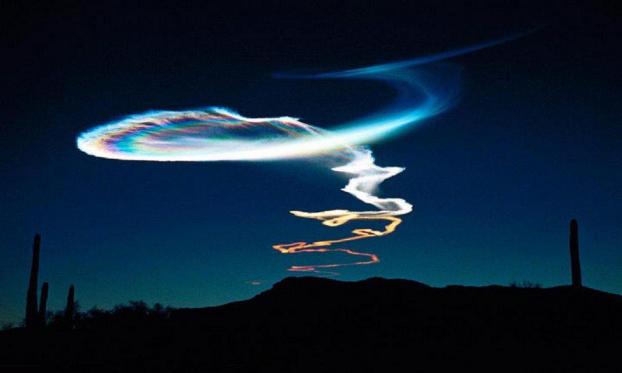 Yet, I believe the burning of sweetgrass, cedar, sage, as part of First Nations worship to be Biblical, spiritual, and one of the forms of worship God loves, as:
Revelation 5:9
And they sung a new song, saying, Thou art worthy to take the book, and to open the seals thereof: for thou wast slain, and hast redeemed us to God by thy blood out of every kindred, and tongue, and people, and nation;
Revelation 7:9
After this I beheld, and, lo, a great multitude, which no man could number, of all nations, and kindreds, and people, and tongues, stood before the throne, and before the Lamb, clothed with white robes, and palms in their hands;
Again, as I have said before. Jesus did not come to destroy language, culture, and sacred traditions of elders and tribes, rather to redeem it, purify it, and bring it back to our Father, Creator, the Great One from whom all life flows.
May we learn to love one another, in purity of heart, and true holiness, seeking to honestly understand, in humility, the visitations of God in other cultures!
Let’s pray:
‘Father, again, I lift up a cry, for the North American Indian! Father, again, visit them, heal them, deliver and redeem them, and please, visit us, heal us, forgive and deliver us, redeem us, and open our eyes, to see You, in Your movements, traditions, and the worship of other people groups than ourselves. May we be instruments of reconciliation, peace, justice, and healing, revealing Your love, power, and redemption. Father, open our eyes to the ways we must change, hear, and walk, in order to heal this great land, we call, the United States of America. We ask, knowing we are heard, for we come only through the precious shed blood of Yeshua, Jesus, God the Son, risen from the dead, they we too might live in Him, Amen’