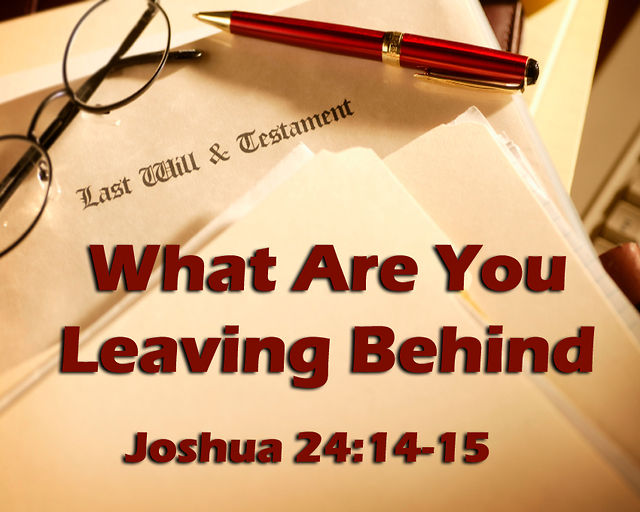 Success without a successor is failure!

If you are successor to the throne, that means you’re next in line when the current royal has to step down. The successor takes over when someone gives up a position or title or when something becomes outdated.

The noun successor was first used in the 13th century to mean “one who comes after.” It’s often used in reference to a royal court, where the successor is usually the king’s eldest son. If something happens to the U.S. president, the vice president is the designated successor and will assume the position of head of government. It seems like every day there’s a new and improved computer, a successor that replaces an earlier model.

Psalm 102:18 Let this be written for a future generation, that a people not yet created may praise the Lord: 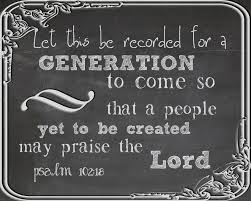 So we discover that actions done in this life, can affect generations to come:

2 Kings 10:30
The Lord said to Jehu, “Because you have done well in accomplishing what is right in my eyes and have done to the house of Ahab all I had in mind to do, your descendants will sit on the throne of Israel to the fourth generation.”

Without doing an in depth study, we see here where leaders make decisions that can bless or curse not only their time here in the earth, but also generations to come. Processes can be set in motion that have repercussions, either good or bad, for not only our children, but also our grandchildren, and people not yet created.

In this passage of Scripture we see how Hezekiah lived out his leadership, only in the NOW, living only for his lifetime.

2 Kings 20: 12 At that time Marduk-Baladan son of Baladan king of Babylon sent Hezekiah letters and a gift, because he had heard of Hezekiah’s illness. 13 Hezekiah received the envoys and showed them all that was in his storehouses—the silver, the gold, the spices and the fine olive oil—his armory and everything found among his treasures. There was nothing in his palace or in all his kingdom that Hezekiah did not show them.
14 Then Isaiah the prophet went to King Hezekiah and asked, “What did those men say, and where did they come from?”
“From a distant land,” Hezekiah replied. “They came from Babylon.”
15 The prophet asked, “What did they see in your palace?”
“They saw everything in my palace,” Hezekiah said. “There is nothing among my treasures that I did not show them.”
16 Then Isaiah said to Hezekiah, “Hear the word of the LORD: 17 The time will surely come when everything in your palace, and all that your predecessors have stored up until this day, will be carried off to Babylon. Nothing will be left, says the LORD. 18 And some of your descendants, your own flesh and blood who will be born to you, will be taken away, and they will become eunuchs in the palace of the king of Babylon.”

19 “The word of the LORD you have spoken is good,” Hezekiah replied. For he thought, “Will there not be peace and security in my lifetime?”

Who knows the pressure and turmoil he had faced, so let’s not be too hard on him, but in his unwillingness to cry out to God one last time, he sentenced his decendants to captivity and emasculation! UGH!

I don’t know about you, but I love my children and grandchildren more than that, and this country that has adopted me as my home, the United States of America. Let it be known, that I will not quietly accept the status quo, and live only for peace and security in my lifetime, but I am aggressively praying, working, and building towards a better future for my children and grandchildren, that the blessing of Almighty God might continue to rest upon not only my family, but this great nation. 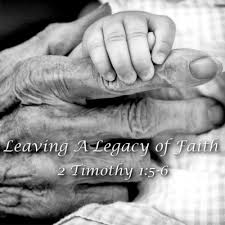 How many are willing to lift up a cry, once again, of passionate prayer for revival, for righteousness, for virtue, holiness, and truth displayed once again?

I love the words of Joshua, as his life was approaching the twilight of his leadership:
Joshua 24:14-16
The Message (MSG)
14 “So now: Fear GOD. Worship him in total commitment. Get rid of the gods your ancestors worshiped on the far side of The River (the Euphrates) and in Egypt. You, worship GOD.
15 “If you decide that it’s a bad thing to worship GOD, then choose a god you’d rather serve—and do it today. Choose one of the gods your ancestors worshiped from the country beyond The River, or one of the gods of the Amorites, on whose land you’re now living. As for me and my family, we’ll worship GOD.”

Sure, I’m tired, it has been a tough road. I’m sure yours, child of God, has been no picnic either.

Yet, I am still breathing, and my faith is still alive, active, and making headlines in heaven. Let’s continue to fight our fight of faith, standing boldly, passionately for Jesus, until we finally breath our last here, or He comes and splits the Eastern sky, to come get us. 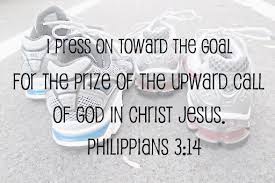 ‘Father, I undergird my friends here, with my prayer, my faith, and my passionate zeal and trust in You! Touch us again, reveal Yourself again, revive us, to stay not only focused, but fully led of you, today, and every day, in Your name I pray Lord Jesus, Amen’