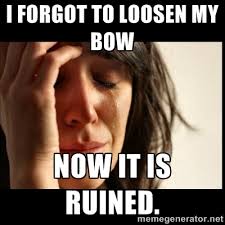 According to a Greek legend, in ancient Athens a man noticed the great storyteller Aesop playing childish games with some little boys. He laughed and jeered at Aesop, asking him why he wasted his time in such frivolous activity.

Aesop responded by picking up a bow, loosening its string, and placing it on the ground. Then he said to the critical Athenian, “Now, answer the riddle, if you can. Tell us what the unstrung bows implies.”

The man looked at it for several moments but had no idea what point Aesop was trying to make. Aesop explained, “If you keep a bow always bent, it will break eventually; but if you let it go slack, it will be more fit for use when you want it.”

People are also like that. That’s why we all need to take time to rest. In today’s Scripture, Jesus prescribed time off for His wearied disciples after they had returned from a prolonged period of ministry. And in the Old Testament, God set a pattern for us when He “rested from all His work” (Gen.2:3).

Shouldn’t we take His example seriously? Start by setting aside a special time to relax physically and renew yourself emotionally and spiritually. You will be at your best for the Lord if you have taken time to loosen the bow.