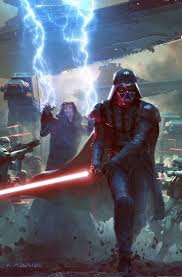 Saw this picture, and thought of the Star Wars movies we have watched as a family. A hero goes bad, gives himself over to demon power, and becomes Darth Vader. The life of Anakim Skywalker.

In the Bible, there were real people, who served demon spirits, that were enemies of the people of God.
Just noticed, the different response the next generation had towards enemies, after 40 years in the desert.

Number 13: 27 And they told him, and said, We came unto the land whither thou sentest us, and surely it floweth with milk and honey; and this is the fruit of it.
28 Nevertheless the people be strong that dwell in the land, and the cities are walled, and very great: and moreover we saw the children of Anak there.
29 The Amalekites dwell in the land of the south: and the Hittites, and the Jebusites, and the Amorites, dwell in the mountains: and the Canaanites dwell by the sea, and by the coast of Jordan.
30 And Caleb stilled the people before Moses, and said, Let us go up at once, and possess it; for we are well able to overcome it.
31 But the men that went up with him said, We be not able to go up against the people; for they are stronger than we.
32 And they brought up an evil report of the land which they had searched unto the children of Israel, saying, The land, through which we have gone to search it, is a land that eateth up the inhabitants thereof; and all the people that we saw in it are men of a great stature.
33 And there we saw the giants, the sons of Anak, which come of the giants: and we were in our own sight as grasshoppers, and so we were in their sight.

Don’t think the sons of Anak got any smaller, but obviously the people of God, got a greater revelation of the victorious power of our God in battle! 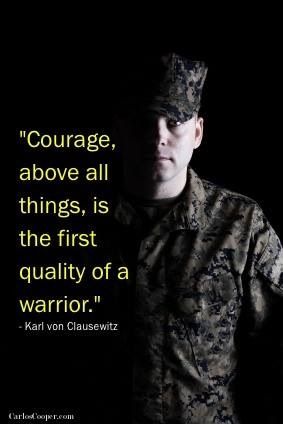 In life, danger is real, but fear is optional.

De 1:30 The LORD your God which goeth before you, he shall fight for you, according to all that he did for you in Egypt before your eyes;

De 3:22 Ye shall not fear them: for the LORD your God he shall fight for you.

De 20:4 For the LORD your God is he that goeth with you, to fight for you against your enemies, to save you.

When we walk holy, pure lives, in courage, we will always defeat the Anakims of this world, for God Almighty, Creator of the universe will fight for us.

Let’s pray:
“Father, please show us your power, and victorious right hand, as you fight for us, your church, your children, today, in your name I pray Lord Jesus, Amen!”