Obedience: Whatever He says: Do it!

I’ve read that when Edward VI, the king of England in the 16th century, attended a worship service, he stood while the Word of God was read. He took notes during this time and later studied them with great care. Through the week he earnestly tried to apply them to his life. That’s the kind of serious-minded response to truth the apostle James calls for in today’s Scripture reading. A single revealed fact cherished in the heart and acted upon is more vital to our growth than a head filled with lofty ideas about God.

One step forward in obedience is worth years of study about it.

Jesus is a living Lord, and He speaks to His children!

27 My sheep listen to my voice; I know them, and they follow me.

Some people are so busy, trying to make a living; they forget the author of all life.

Like you can have a better plan than Jesus?!?

Christ went more readily ad crucem (to the cross), than we do to the throne of grace.

It would be good to develop the humility and heart of Jesus earthly mother, Mary as she says:

His mother saith unto the servants, Whatsoever he saith unto you, do it.

Peter T. Forsythe was right when he said, “The first duty of every soul is to find not its freedom but its Master”.

It’s always a question of Lordship, is Jesus truly in charge of your heart and decisions?

Are we seeking Him first?

Matthew 6:33 But seek ye first the Kingdom of God and His righteousness, and all these things shall be added unto you. 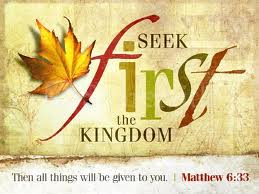 It is easy to say Jesus is Lord of our decisions, when we are alone with Him in prayer, but challenges will come!

John Kenneth Galbraith, in his autobiography, A Life in Our Times, illustrates the devotion of Emily Gloria Wilson, his family’s housekeeper:

It had been a wearying day, and I asked Emily to hold all telephone calls while I had a nap. Shortly thereafter the phone rang. Lyndon Johnson was calling from the White House.

“Get me Ken Galbraith. This is Lyndon Johnson.”

“He is sleeping, Mr. President. He said not to disturb him.”

“No, Mr. President. I work for him, not you. When I called the President back, he could scarcely control his pleasure. “Tell that woman I want her here in the White House.” 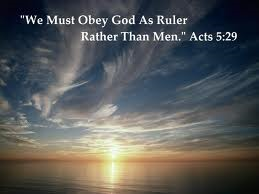 Ye shall walk after the Lord your God, and fear Him, and keep His commandments, and obey His voice, and ye shall serve Him and cleave unto Him

Dr. B.J. Miller once said, “It is a great deal easier to do that which God gives us to do, no matter how hard it is, than to face the responsibilities of not doing it.”

And He said to them all, “If any man will come after Me, let him deny himself and take up his cross daily, and follow Me.

“It is not the importance of the thing, but the majesty of the Lawgiver, that is to be the standard of obedience…Some, indeed, might reckon such minute and arbitrary rules as these as trifling. But the principle involved in obedience or disobedience was none other than the same principle which was tried in Eden at the foot of the forbidden tree. It is really this: Is the Lord to be obeyed in all things whatsoever He commands? Is He a holy Lawgiver? Are His creatures bound to give implicit assent to His will?”

Andrew Bonar, referring to the laws found in Leviticus, quoted in J. Bridges, The Pursuit of Holiness,   p. 23. 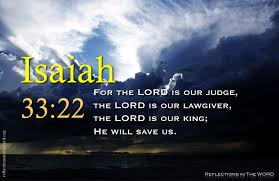 Imagine, if you will, that you work for a company whose president found it necessary to travel out of the country and spend an extended period of time abroad. So he says to you and the other trusted employees, “Look, I’m going to leave. And while I’m gone, I want you to pay close attention to the business. You manage things while I’m away. I will write you regularly. When I do, I will instruct you in what you should do from now until I return from this trip.” Everyone agrees.

He leaves and stays gone for a couple of years. During that time he writes often, communicating his desires and concerns. Finally he returns. He walks up to the front door of the company and immediately discovers everything is in a mess–weeds flourishing in the flower beds, windows broken across the front of the building, the gal at the front desk dozing, loud music roaring from several offices, two or three people engaged in horseplay in the back room. Instead of making a profit, the business has suffered a great loss. Without hesitation he calls everyone together and with a frown asks, “What happened? Didn’t you get my letters?”

You say, “Oh, yeah, sure. We got all your letters. We’ve even bound them in a book. And some of us have memorized them. In fact, we have ‘letter study’ every Sunday. You know, those were really great letters.” I think the president would then ask, “But what did you do about my instructions?” And, no doubt the employees would respond, “Do? Well, nothing. But we read every one!”

Charles Swindoll, Living Above the Level of Mediocrity, p. 242.

“Not every one that saith unto Me, ‘Lord, Lord,’ shall enter into the Kingdom of Heaven, but he that doeth the will of My Father who is in Heaven. 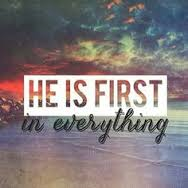 But be ye doers of the Word and not hearers only, deceiving your own selves.

Well, simple preaching, now I need to do what I just preached, and get on with the work of my day:

‘Father God in Heaven, Creator of Heaven and earth, You who created me, Speak to me I pray. Lord Jesus, cause me to hear your voice in every area of my life, and grant me the courage to fully obey you, above every other voice, no compromise. Amen!”